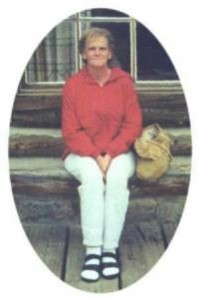 Beverly Lucille Shill, the daughter of Norman and Evalyne (Whitham) Miller, was born on August 30, 1938, in Omaha, Nebraska. She was raised in Omaha and attended Omaha Public Schools. On April 7, 1956, Beverly married Allan Monroe Shill in Omaha, and for eighteen years, the couple made their home in Council Bluffs, Iowa. Following her completion of the Iowa Western Community College LPN Nursing Program, Beverly worked as a nurse in area nursing homes and schools. In 1979, Beverly and Allan moved to Shelby, Iowa. She returned to school and, in 1987, she completed her RN training. For nineteen years, Beverly worked at the Creighton University Medical Center in Omaha; she retired in 2006. On Easter Sunday, 2008, Beverly and Allan renewed their wedding vows.

Beverly was a member of several professional nursing organizations. She enjoyed taking her grandchildren on trips and liked watching them play sports. She also enjoyed cooking, and loved to spend time outdoors, camping and canoeing. Beverly, whose favorite color was purple, was a fan of Duke University sports and Husker football.

Graveside services and burial were held on Monday, April 21, 2008, at the Shelby Cemetery in Shelby, Iowa, with Mr. Steve Kiesel of the First Presbyterian Church in Shelby presiding. Casket bearers were Rodney Rosenow, Allan Watts, Todd Goetzinger, Brent Goetzinger, Travis Watts, and Nicholas Rosenow. The Burmeister-Johannsen Funeral Home in Shelby was in charge of the arrangements.