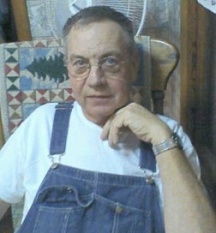 Delles Everett Carter, Jr., son of Delles Everett and Anna Almira (Wright) Carter, Sr., was born on May 3, 1945, on the family farm in rural Defiance, Iowa. He attended Irwin (Iowa) schools and graduated from Irwin High School in 1964. He farmed and shelled corn with his father, and moved to the farm on 1973; he raised his four daughters there. In 1992, Jr. started driving truck for Reilly Construction, Ossian, Iowa; he continued at this job until poor health forced his retirement in November, 2008. On January 3, 2009, in Irwin, Jr. married Margaret (Midge) Ruth Cadwell.

Funeral services were held on Saturday, December 12, 2009, at the Burmeister-Johannsen Funeral Home in Harlan, Iowa, with Rev. Ted Sieck and Pastor Ron Rasumssen officiating. Serving as casket bearers were Paul Plumb, Jack Knudson, Dave Aten, Paul Schwery, Duane Friend, and Rick Mulligan. Burial was in the Harlan Cemetery in Harlan, Iowa. The Burmeister-Johannsen Funeral Home in Harlan was in charge of the arrangements. Condolences may be left online at www.burmeisterjohannsen.com.