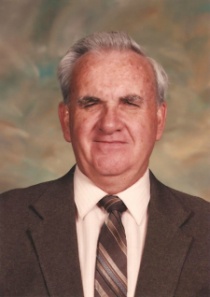 Leonard Royce Payton, the son of Alice Obenchain, was born on April 15, 1930, in Glover, North Dakota. He attended Country School #3, and graduated from Oakes (North Dakota) Public High School in 1949. After serving in the United States Army, Leonard received his Bachelor of Science degree from Valley City State in North Dakota, and later earned his Master’s degree from Northern State in Aberdeen, South Dakota. He then taught Special Education and elementary classes in North Dakota and Michigan. On June 11, 1969, Leonard married Jewell Lois (Wall) Croft in Harlan, Iowa. He then continued his teaching career in Harlan, spending 1969-1993 teaching High School Special Education. He retired following 37 years in the profession.

Leonard was a member of the Harlan Church of Christ in Harlan, Iowa, where he taught Bible class. He was named “Teacher of the Year” by the Association of Mentally Retarded Citizens, in Detroit, Michigan, in 1983. Leonard was a former 4-H leader and had served as a Boy Scout leader when he was younger. He enjoyed Ham radio activities, bowling, coaching elementary age sports, and listening to sports in general. Leonard’s hobbies also included coin collecting and reading.

Memorial services were held on Saturday, December 12, 2009, at the Burmeister-Johannsen Funeral Home in Harlan, Iowa, with Rev. Roy North of the Harlan Church of Christ officiating. Burial of ashes was in the Rose Hill Cemetery in Kirkman, Iowa. The Burmeister-Johannsen Funeral Home in Harlan was in charge of the arrangements. Condolences may be left online at www.burmeisterjohannsen.com.