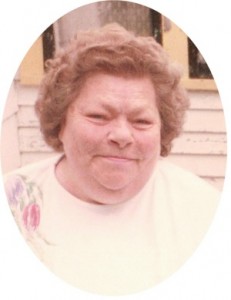 Dolores Annette Wohlhutter, the daughter of Frank Joseph and Violet Merle (Ames) Stolz, was born on June 19, 1928, in Kirkman, Iowa. Along with her family, she moved to Harlan, Iowa, in 1939. She attended and graduated from Harlan Schools. After graduation, Dolores was employed as a telephone operator at Farmers Mutual Cooperative Telephone Company for a year. On June 7, 1951, Dolores married Bernard Lee Wohlhutter in Harlan. The couple lived in Charleston, South Carolina, while Bernard served in the Navy. In early 1954, they moved back to rural Kirkman, where they farmed until 1967; they then moved to Harlan.

Dolores loved to garden and had a yard filled with flowers and a vegetable patch. She enjoyed knitting and doing embroidery work, as well as listening to music, especially country, gospel, and blue grass.