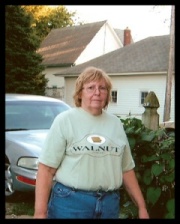 Janice Louise Tooley, the daughter of Harry Charles and Frances Elmer (Nelson) Wendt, was born on October 9, 1937, in Avoca, Iowa. Janice was baptized at Trinity Lutheran Church in Avoca. She attended Avoca schools and graduated from Avoca High School in 1956. Janice worked at Van Nostrand Grain in Avoca as a secretary and bookkeeper for twenty years. On January 10, 1970, she married James Edward Tooley at the First Presbyterian Church in Walnut, Iowa. Janice took time off from her bookkeeping job to raise her family and do in-home daycare. She was later employed for nine years at Peace Haven in Walnut, where she worked in the kitchen. Then, for eight years, she worked at Koala-ty Daycare in Walnut.

Janice was a longtime member of the First Presbyterian Church in Walnut, Iowa. She loved caring for children. Time spent with her children and grandchildren was special to her. Janice was a quiet person who enjoyed fishing, listening to country and polka music, and watching the birds.

Funeral services were held on Saturday, June 13, 2009, at the First Presbyterian Church in Walnut, Iowa, with Rev. David Krueger and Pastor Orris Drake officiating. Diane Book served as the organist. Honorary casket bearers were Past and Present Daycare Kids. Casket bearers were Terri Tobin, Doug Wendt, Kurt Hansen, Preston Tooley, Troy Piittmann, Audra Piittmann, Ron Gardner, and Jordan Hoffman. Burial was in the Layton Township Cemetery in Walnut, Iowa. The Burmeister-Johannsen Funeral Home in Harlan was in charge of the arrangements. Condolences may be left online at www.burmeisterjohannsen.com.