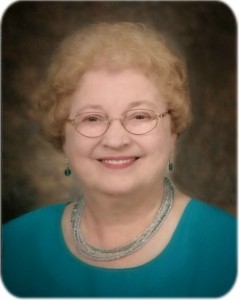 Mary Ellen Klitgaard, the daughter of Horace and Rose (Johnson) Petersen, was born on October 29, 1931, at the family home in Jackson Township, Jacksonville, Iowa. She was the sixth child in a family with five brothers and seven sisters. Mary attended Jackson Number One rural school through the eighth grade. In the fall of 1948, Mary was diagnosed with polio, and she spent several months recovering from the disease. She then finished high school and graduated from Harlan (Iowa) High School in 1950. Mary had special memories of her school days, including Christmas programs, eighth grade graduation exams, high school student council, National Honor Society, Homecoming Queen, sporting events, spending time with family and friends, and 4-H activities.

Following her graduation from high school, Mary worked as a bookkeeper for Farm Service Coop in Harlan. On May 18, 1951, Mary married Richard Charles Klitgaard at Bethlehem Lutheran Church in Jacksonville, Iowa. They became the parents of four children, Steven Ray, Barbara Ann, Jane Ellen, and Donald Richard. In January 1955, Richard began working for Klitgaard & Petsche Builders and Contractors, and from 1960-1993, Mary did the bookkeeping for the family business.

Mary was a member of the First United Methodist Church in Harlan, Iowa, where she had served as a Sunday School teacher, Christian Education director, MYF sponsor, finance committee member, and United Methodist Women member. She was also a P.E.O. Along with Richard, she was a 4-H organizational leader for ten years. Mary and her family loved to camp at various Iowa state parks and to travel. After her retirement, Mary volunteered her time with the Library Board, and the Myrtue Memorial Hospital Auxiliary. Mary served as a Cub Scout leader, then spent most of her adult life involved in Girl Scouting as a club leader, and served in many leadership positions. She received the highest award given to Girl Scout volunteers. In her spare time, she enjoyed baking, fishing, and playing games. In 1996, the Harlan Chamber of Commerce recognized Mary with the Citizen of the Years Award.

Mary E. Klitgaard died on Tuesday, April 21, 2009, at the Creighton University Medical Center in Omaha, Nebraska, at the age of 77 years, 5 months, and 23 days.