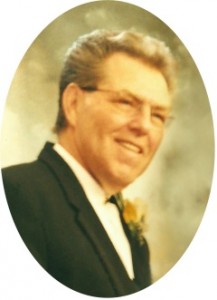 Ronald Dean Wheatley, the son of Alfred John and Doris Dorothy (Elwood) Wheatley, was born on January 14, 1946, on the family farm near Atlantic, Iowa. He graduated from AvoHa High School in Avoca, Iowa, in 1964. He was active in the Shelby County 4-H program. Ron attended Commercial Ext. in Omaha for two years; he then worked as a bookkeeper in Omaha, Nebraska, and Sioux City, Iowa. On November 2, 1968, Ron married Sally Irene Michaelsen at Salem Lutheran Church in rural Correctionville, Iowa.

During the early 1970s, Ron’s natural talents led him to work in the area of floral design, and he was employed by Flowerland in Sioux City. In 1974, he moved his family to Fremont, Nebraska, where he worked as the Design Manager at Green’s Greenhouse. While in Fremont, he competed in floral design contests and earned a spot on the Nebraska Academy of Floral Design. Ron served as a guest designer on many floral design panels in the Midwest.

In November 1977, Ron and Sally moved to Harlan, Iowa, where they opened Flowers By Ron, and later, Flowers Unlimited. Over the next 30 years the business served the Harlan community. He also worked briefly for Betty’s Flowers & Finishing Touches in Council Bluffs. In November 2005, Ron’s daughter assumed the family business. Due to poor health, Ron became a resident of the Salem Lutheran Home in Elk Horn, Iowa, in January 2007.

Ron was a member of Immanuel Lutheran Church in Harlan, Iowa. He was a past member and officer of the Harlan Lion’s Club, the Harlan Chamber of Commerce, and the Nebraska Florist Society and Academy of Floral Designers. Ron especially loved his yard and flowers. His family was very important to him, and he enjoyed attending school events when his children were students.

Ron was preceded in death by his parents. He is survived his wife of 40 years, Sally Wheatley of Harlan, Iowa; two daughters, Andrea Jacobsen and her fiancé, Shannon Miller of Walnut, Iowa, and Megan (Jake) Fuhs of Shelby, Iowa; one son, Ryan (Stephanie) Wheatley of Estherville, Iowa; one brother, Donald (Cindy) Wheatley of Shelby, Iowa; one brother-in-law and sister-in-law, Mark & Priscilla Thraen of Earling, Iowa; three grandchildren, Hunter Wheatley, Abigail Jacobsen, and Maddysen Wheatley; nieces and nephews; and other relatives and friends.
Funeral services were held on Wednesday, March 4, 2009, at the Immanuel Lutheran Church in Harlan, Iowa, with Pastor Steve Chellew officiating. Lisa Meyer and Diane Kastens served as the musicians. Honorary casket bearers were Anker and Alyce Rasmussen. Active casket bearers were Mark Thraen, Dan D’Arcy, Randy Ouren, Ron Herbold, Clark Ahrenholtz, and Marcus Mundt. Burial was in the Graceland Cemetery in Avoca, Iowa. The Burmeister-Johannsen Funeral Home in Harlan was in charge of the arrangements. Memorials may be made to Salem Lutheran Home in Elk Horn, Iowa, and Immanuel Lutheran Church in Harlan, Iowa. Condolences may be left online at www.burmeisterjohannsen.com.