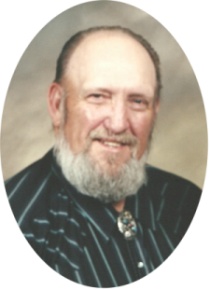 David LeRoy Claussen, the son of Albert John and Doris Mae (Deen) Claussen, was born on March 23, 1943, in Bridgewater, Iowa. He attended school at Monroe #6 and graduated in 1961 from Elk Horn (Iowa) High School. On July 10, 1965, Dave was united in marriage to Deloris Lorraine Hall at the Peace Lutheran Church in Walnut, Iowa. One child, Christi, was born to this union, and two children, Michelle and Mike, were adopted. Dave worked for several neighbor farmers as a youth and then at the pork plant in Harlan, Iowa, until he started farming on his own. He raised hogs and cattle.

Dave was a member of the Monroe Methodist Church in rural Shelby County, Iowa. He enjoyed hunting deer and coyote, visiting family and friends, having coffee with the regular coffee crowd, and being ornery. He helped neighbors and would do anything for anyone. Dave also liked to spend time in his shop, cutting wood crafts for Deloris to paint. He hatched game birds (ducks) and in his later years, repaired antique tractors.

Dave was preceded in death by his parents; one daughter, Christi; and his stepmother, Beryle. He is survived by his wife of 44 years, Deloris Claussen of Elk Horn, Iowa; one son, Mike Claussen of Atlantic, Iowa; one daughter, Michelle Bensen of New York; two brothers, Lynn (JoAnn) Claussen of Oakton, Virginia, and Gary (Janice) Claussen of Walnut, Iowa; four grandchildren; nieces and nephews; and other relatives and friends.