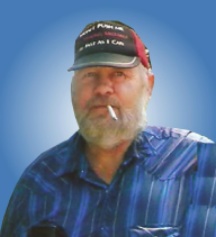 Larry Eugene Sargent, the son of Lester L. and Mary B. (Robeson) Sargent, was born on November 4, 1947, in Cherokee, Iowa. He graduated from Washta-Quimby (Iowa) High School in 1967, and attended Western Iowa Tech Community College in Sioux City, Iowa, studying Auto Mechanics. On April 17, 1967, he married Lana Carlene Blount in Washta. Larry worked as a carpenter in the Cherokee, Iowa, area for 13 years, and in May 1983, he and Lana moved to Harlan, Iowa, where he opened The Can Place and became known as “The Can Man.”

Larry was a free and independent thinker; he was a hard worker who enjoyed woodworking, carpentry, and building furniture. In addition to owning and managing The Can Place, Larry built houses and sharpened saws.

Larry was preceded in death by his parents; two brothers, Flloyd Sargent and Lester “Louie” Sargent; and two sisters, Peggy Tewelliger and Diane Sargent (in infancy). He is survived by his wife of 42 years, Lana Sargent of Harlan, Iowa; two sons, Timothy Sargent and David Sargent, both of Kimballton, Iowa; three sisters, Mary Lindquist of Independence, Missouri, Barbara (Lonnie) Ellington of Sioux City, Iowa, and Mabel (Sergio) Trejo of Denison, Iowa; one brother, Lyle (Loni) Sargent of Washta, Iowa; nieces and nephews; and other relatives and friends.