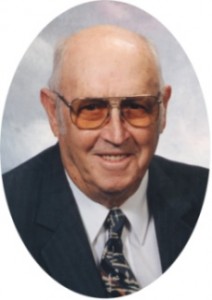 Wylie Winton Francis, the son of Freeland Martin and Dora Mary (Osborne) Francis, was born on February 15, 1918, on the family farm near Bel Air, Maryland. He graduated from Bel Air High School, where he was a soccer player and took part in track. Following high school, Wylie worked on the family dairy farm and drove gas transport.

On November 30, 1940, Wylie married Ruth Elizabeth Fielder in Havre de Grace, Maryland. The couple lived in Maryland and Pennsylvania, and later headed west to live in Nebraska. They finally settled in Iowa, where Wylie worked as a carpenter.

Wylie was a member of the First United Methodist Church in Harlan, Iowa. He was an avid fisherman and enjoyed several fishing trips to Canada. He also enjoyed trapshooting; he traveled, competing in area competitions and winning many prizes and trophies.

Wylie W. Francis died on Monday, March 15, 2010, at the Avoca Nursing and Rehab Center in Avoca, Iowa, having reached the age of 92 years and 1 month.

Funeral services were held on Thursday, March 18, 2010, at the First United Methodist Church in Harlan, Iowa, with Rev. Dave Swinton officiating. Helen Warren and Sharon Donlin served as musicians. Casket bearers were Ward Koos, Frank Sick, Loren Jepsen, Jim Schwery, Leland Kaufmann, and Danny Kaufmann. Burial was in the Harlan Cemetery in Harlan, Iowa. The Burmeister-Johannsen Funeral Home in Harlan was in charge of the arrangements. Condolences may be left online at www.burmeisterjohannsen.com.