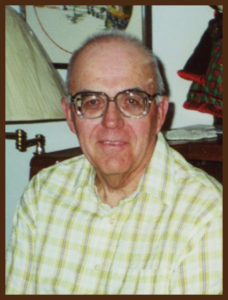 Richard Eugene Jensen, son of Willard and Edna Louise (Rehder) Jensen, was born west of Harlan, Iowa, on March 26, 1935. He attended Lincoln #8 country school, and graduated from Harlan High School with the Class of 1952. On September 4, 1956, Richard married Arlene Delores Hansen at Immanuel Lutheran Church in Harlan. The couple made their home in Harlan, and Richard began working for Dr. Judd Thomson, DVM, in Harlan. In 1973, Richard and Arlene moved to a farm southeast of Harlan where he began farming. In addition to farming, he did painting and carpentry work, and sold and installed Pella windows. Richard officially retired in 2005.

Richard was a former member of the IOOF in Harlan. He enjoyed traveling in the Midwest. Richard played the organ by ear, and often attended area music events and programs. Blessed with a good sense of humor, he was known to be an especially patient man who rarely complained.