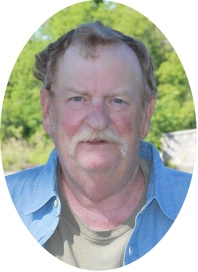 Brian Glenn Petersen, the son of Glenn Franklin and Irene Mae (Christensen) Petersen, was born on August 22, 1949, in Harlan, Iowa. He was baptized at the First United Methodist Church in Harlan. Following his graduation from Harlan High School in 1968, Brian enlisted in the U.S. Army and served in Vietnam and Germany. It was while he was in Germany that he met his future wife; Brian married Brunhilde Rau on February 9, 1971.

Brian worked briefly at Phillips 66 before starting his position in the gas department of the Harlan Municipal Utilities, where he worked for 24 years. In 1996, he retired due to disability.

Brian was a member of the First United Methodist Church in Harlan, Iowa. He was also a member of the Disabled American Veterans. An avid fisherman, boater, and hunter, Brian enjoyed being outdoors and loved to take fishing trips with good friends. Spending time with his family was important to Brian, and he was always there for them.