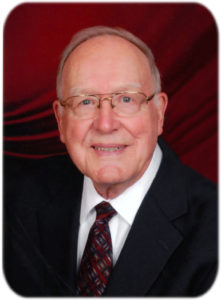 SERVICE DETAILS
Thursday, May 19, 2022
11:00 AM
United Lutheran Church
Shelby, IA
(get directions)
Burial will be in the Shelby Cemetery, Shelby, IA


Richard Lee Brockmann, the son of Carl and Ida (Wolf) Brockmann, was born on August 28, 1933, in Harlan, Shelby County, Iowa. He attended school in Harlan and was a member of the Class of 1952. Richard worked as a painter for two years before entering the United States Army on August 17, 1954. He took Basic and Missile School at Fort Bliss, Texas, and was then stationed at a Missile Site at Fort Niagara, New York. After receiving his honorable discharge on August 16, 1956, Richard attended Westmar College in LeMars, Iowa, and was awarded his BA in Education degree in May 1960. He began teaching in the Rembrandt (Iowa) Consolidated School System, where he taught Jr. High Math, 7-12 Shop, and Driver’s Education classes.

Richard married Karan Kay Bertram on June 16, 1961, in Ireton, Iowa, and the couple made their home in Rembrandt. While there, Richard furthered his schooling, and completed his MA degree through the University of South Dakota in Vermillion, South Dakota. In 1975, Richard and Karan moved to Shelby, Iowa, where Richard became the Shelby High School principal. He enjoyed serving in this position until his retirement in 1996.

Richard was a member of United Lutheran Church in Shelby, Iowa. He was also a member of the American Legion Post #240, Shelby, Iowa. He truly loved his home and his life with Karan and their children and grandchildren. Richard spent many treasured hours with his grandchildren, often taking them fishing. He and Karan liked to play cards and tend their flower garden together.

The funeral service was held on Thursday, May 19, 2022, at United Lutheran Church in Shelby, Iowa, with Pastor Heather Ploen officiating. Nancy Armstrong served as the organist. Casket bearers were Tyler Kolker, Jason Ploen, Mark Bertram, Brady Fagen, Connor Fagen, Dale Schroeder, Kent Brockmann, and Jake Schneckloth. Burial was in the Shelby Cemetery, Shelby, Iowa. The Burmeister-Johannsen Funeral Home, Inc. in Shelby, Iowa, was in charge of the arrangements. Condolences may be left online at www.burmeisterjohannsen.com.