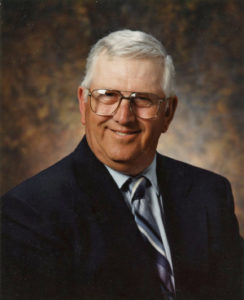 Private Family Graveside Services and Burial of Ashes
will be held at a later date.

Harry Minehart “Miney” Brasch, the son of Harry F. and Margaret (Jaycox) Brasch, was born on July 20, 1940, in Bloomfield, Nebraska. He graduated from Bloomfield High school. On August 14, 1964, Miney married Karen Kay Peterson in Yankton, South Dakota. The couple made their home in Harlan, Iowa, where Miney worked several different jobs before beginning his 20-year career as a welder for Jacobs Tools in Harlan. Upon his retirement, he received a set of golf clubs from the company, and he greatly enjoyed using them in the following years.

Miney was a member of Immanuel Lutheran Church in Harlan, Iowa. He spent many happy hours on the golf course, and once had the honor of participating in a tournament in Myrtle Beach, South Carolina. Miney enjoyed training horses and took pride in showing them at the Iowa State Fair. Time spent fishing and picnicking with family at Prairie Rose State Park was highly treasured.

Miney was preceded in death by his parents, and one brother, Marvin Brasch. He is lovingly survived by his wife of 57 years, Karen Brasch of Harlan, Iowa; one daughter, Marcy (James) Ducharme of Harlan, Iowa; one son, Ryan (Sharla) Brasch of Bennington, Nebraska; one brother, Keith (Imogene) Brasch of Wayne, Nebraska; one sister, Lois Tompkins of Auburn, California; four grandchildren; and other relatives and friends.

A private family graveside service and burial of ashes will be held at a later date in the Harlan Cemetery, Harlan, Iowa. The Burmeister-Johannsen Funeral Home, Inc, in Harlan, Iowa, was in charge of the arrangements. Condolences may be left online at www.burmeisterjohannsen.com.