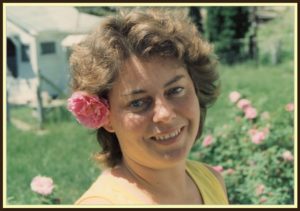 CELEBRATION OF LIFE SERVICE
HOSTED BY PAM’S FAMILY
Saturday, October 16, 2021
11:00 AM
Faith Family Church
Harlan, Iowa
(get directions)
Burial of ashes will be in the Atlantic Cemetery, Atlantic, IA.

Pamela “Pam” Ann Darrow, the daughter of Clarence Christian and Violet Jensena (Juhler) Kardell, was born on July 5, 1954, in Independence, Iowa. She attended school in Marne, Iowa, and Atlantic, Iowa, and graduated from Atlantic High School in 1974. On November 15, 1974, Pam married Wynn Owen Winston in Atlantic. The couple farmed southwest of Atlantic for many years and became parents to two children. They later divorced.

Pam then worked for Henningsen Road Construction, a job she held for more than ten years. While employed at Henningsen’s, she met Mark Alan Darrow. Pam and Mark married in Harrison, Arkansas, on February 14, 2007. While living in Branson, the couple worked many jobs together including managing a hotel. In later years when they wanted to slow down a bit, they began managing the laundry department at Hilton Branson. In 2018, due to health concerns, they moved to Harlan, Iowa. Mark died on November 2, 2019.

Pam was a member of Faith Family Church in Harlan, Iowa. She loved cats and fishing, and enjoyed jet skiing while living in Branson, Missouri. Time spent with her grandchildren was especially precious to Pam.

Pamela A. Darrow died on Thursday, September 23, 2021, at Jennie Edmundson Hospital in Council Bluffs, Iowa. She had reached the age of 67 years, 2 months, and 18 days.

A Celebration of Life service will be held by Pam’s family at 11:00 AM on Saturday, October 16, 2021, at Faith Family Church in Harlan, Iowa, with Pastor Jeff Erlemeier officiating. Burial of ashes will take place in the Atlantic Cemetery, Atlantic, Iowa. The Burmeister-Johannsen Funeral Home, Inc., in Harlan, Iowa, assisted the family with arrangements. Condolences may be left online at www.burmeisterjohannsen.com.