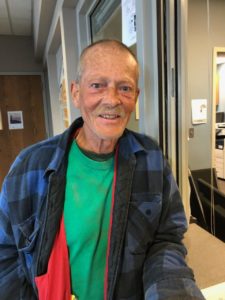 Steven Jon Erlacher, the son of Jon and Martha Erlacher, was born on July 10, 1953, in Independence, Iowa. He attended Cedar Rapids, Iowa, public schools. In recent years, Steven lived in Council Bluffs, Iowa, where he had been employed by Sherbondy’s Garden Center; he was actively involved in the growing and tending of the flower beds. Steven enjoyed working there, and his job gave him structure and stability.

Steven liked to spend time in nature, often fishing at area farm ponds. He also took pride in decorating his home with vintage and antique furniture.

Steven was preceded in death by his parents, and one sister, Theresa Capouch. He is survived by two sisters, Pamela Darrow of Harlan, Iowa, and Janice Crary of White Bear Lake, Minnesota; two brothers, Albert Bates of Council Bluffs, Iowa, and Jay Fjuland of Clear Lake, Iowa; and other relatives and friends.

Family and friends will hold a Celebration of Life service at a later date. The Burmeister-Johannsen Funeral Home, Inc., in Harlan, Iowa, was in charge of the arrangements. Condolences may be left online at www.burmeisterjohannsen.com.