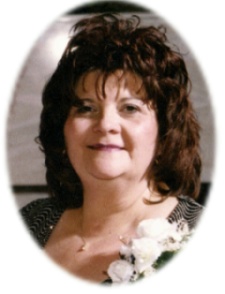 Loretta Faye Ballard, the daughter of Henry William and Mosoline Ann (Sands) Erichsen, was born on January 8, 1952, in Red Oak, Iowa. She graduated from Red Oak High School in 1970. Loretta lived and worked in Red Oak until 1980 when she moved to Lewis, Iowa; where she worked a number of jobs. In 1992, Loretta moved to Walnut, Iowa, and worked at Jennie Edmondson Memorial Hospital in Council Bluffs, Iowa. In 2004, she moved to Eldon, Iowa, to be near Mark A. Ballard; they married on April 17, 2008. She was then employed as a secretary for SEIDA in Ottumwa, Iowa.

Loretta enjoyed watching auto races, cooking and baking, going to the casino, and shopping. An avid Hawkeye fan, she loved spending time with her family. Loretta also liked to attend the Iowa State Fair, where she did volunteer work for the AARP.

Loretta was preceded in death by her parents; one brother, Butch Erichsen; one sister, Patricia; two husbands, David Edie and Lewis Dorscher; one niece; and one nephew. She is survived by her husband, Mark A. Ballard of Eldon, Iowa; one son, Bill (Leah) Edie of Atlantic, Iowa; three daughters, Kristy Walker of Walnut, Iowa, Kelly (Bryce) Hopp of Harlan, Iowa; and Erica Dorscher of Gretna, Nebraska; two step-sons, Nick (Michelle) Ballard and Drew Ballard, both of Eldon, Iowa; one step-daughter, Maggie Ballard of Baraboo, Wisconsin; one brother, Sam (Candy) Erichsen of Sioux City, Iowa; 12 grandchildren; four great-grandchildren; nieces and nephews; and other relatives and friends.

A memorial service was held on Friday, September 10, 2010, at Burmeister-Johannsen Funeral Home in Harlan, Iowa, with Pastor Steve Chellew of Immanuel Lutheran Church, Harlan, Iowa, officiating. Burial of ashes was in the Oakwood Cemetery in rural Lewis, Iowa. The Burmeister-Johannsen Funeral Home in Harlan was in charge of the arrangements. Condolences may be left online at www.burmeisterjohannsen.com.