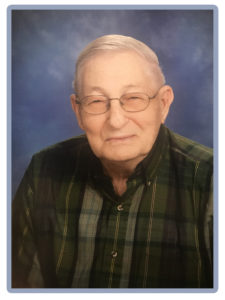 Richard Charles Klitgaard, the son of Andrew Christian and Gladys Maude (Havick) Klitgaard, was born on September 17, 1929, in Harlan, Iowa. He attended Harlan Public Schools. His high school activities included class officer, junior and senior class plays, Hi-Y, Harpoon yearbook editor, Boy’s State Delegate, and 4 year letter winner in track, running the quarter mile, one-half mile, and the mile relay. He graduated with the Class of 1948. After graduation, Richard attended Iowa State College at Ames, Iowa, where he was enrolled in architectural engineering. He had completed two years of college when the Korean War began. He enlisted in the United States Air Force on January 3, 1951, and was stationed at Lackland Air Force Base in San Antonio, Texas, for four years as a math instructor.

On May 18, 1951, Richard married Mary Ellen Petersen at Bethlehem Lutheran Church in Jacksonville, Iowa. Following his honorable discharge, he and Mary made their home in Harlan, where Richard began working with his father as a general contractor. He built the house on Linda Lane that he lived in until his death. In 1960, he purchased his father’s share in Klitgaard and Petsche Contracting, and ran that business until 1980, when it became Klitgaard Construction. Richard continued in this endeavor until his retirement in 1993, and built many area homes and businesses throughout his career.

Richard was a member of the First United Methodist Church in Harlan, Iowa, where he had served as a trustee and a member of the Building Committee. He loved to spend time hunting, fishing, and camping; he caught three master anglers on 27 trips to Canada. During his retirement years, Richard enjoyed gardening, having coffee with friends, baking, and actively continuing his fishing hobby. He will be lovingly remembered as a kind, friendly, and thoughtful man with a great sense of humor.

Richard was preceded in death by his parents; his wife, Mary Klitgaard, on April 21, 2009; one daughter, Barb Schwery; one brother, Howard Klitgaard; two grandchildren, Heidi Witthoft and Kaleb Witthoft; and one great-grandson, Stephen Bowman. He is survived by two sons, Steve (Carolue) Klitgaard of Pocatello, Idaho, and Dr. Don (Laurel) Klitgaard of Harlan, Iowa; one daughter, Jane (Larry) Buck of Lime Springs, Iowa; one sister, Darlene Taylor of Florissant, Missouri; one son-in-law, Joel Schwery of Lenexa, Kansas; 16 grandchildren; 29 great-grandchildren; and other relatives and friends.