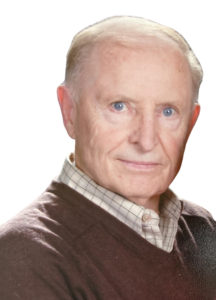 CDC guidelines will be observed and masks are required.

A PRIVATE GRAVESIDE SERVICE WILL BE HELD AT A LATER DATE

Jon Jay Burmeister, the middle child of triplets, was born to Harry Thede and Mena Marie (Thogerson) Burmeister on October 10, 1941, at the family home located south of Harlan, Iowa. He attended Harlan Public Schools, and graduated with the Class of 1960. Jon continued his education at the University of Minnesota, and received his Bachelor of Science degree in Mortuary Science in 1964.

On June 6, 1965, Jon married Beverly Ann Medsker at Immanuel Lutheran Church in Harlan, Iowa. From 1966-68, he served in the United States Army at Fort Hood, Texas, where he was the NCO in charge of the post Mortuary Office. Upon completing his service, he returned to Harlan where he built and opened Burmeister Funeral Home in 1969. He operated the business until March 1, 1992, when he sold the firm to Seth and Kay Johannsen. Following the sale, he continued working services and meeting families until his 2019 retirement, when he completed 50 years of providing compassionate and caring service to Harlan and the surrounding area.

Jon was a lifelong member of Immanuel Lutheran Church in Harlan, Iowa. He was a longtime blood donor, having donated 24 gallons over the years. Jon repaired clocks of all kinds for over 50 years, and had a knack for knowing how to make a timepiece “tick”. He enjoyed a variety of hobbies; fishing, gardening, woodworking, making wine, restoring his 1930 Ford Model A pickup, and attending Harlan Cyclone sporting events filled his time.