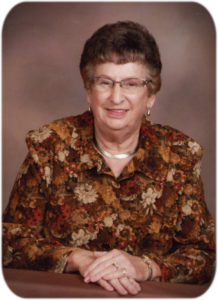 SERVICE DETAILS
A PRIVATE FUNERAL SERVICE WILL BE HELD

Dorothy Ruth Andersen, the daughter of Harold Wayne and Emma Christena (Wiepert) Pitt, was born on March 29, 1938, in Woodbine, Iowa. She graduated from Missouri Valley (Iowa) High School in 1956, and worked at Mutual of Omaha Insurance in Omaha, Nebraska, for a brief time.

Dorothy married Knute David Andersen on May 30, 1959, at the Shelby Lutheran Church in Shelby, Iowa. The couple made their home northeast of Shelby, where they farmed. Dorothy remained on the farm following David’s death on March 16, 2010, and she continued living there until her death.

Dorothy was a member of United Lutheran Church in Shelby, Iowa. She was also a member of the Shelby American Legion Post #240 Auxiliary. Dorothy enjoyed being a farm wife, gardening and canning the fresh produce she grew. Dorothy and David had visited Denmark, and after David’s death, she traveled with friends. She proudly attended many of her grandchildren’s activities, and also liked to bowl, play cards, and make ceramics. A great cook and baker, Dorothy loved planning holiday meals and birthday parties for her family.