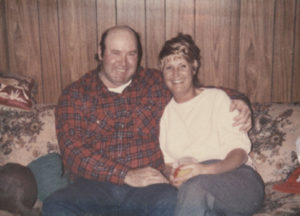 PRIVATE GRAVESIDE SERVICES WILL BE HELD

Joseph Peter Hastert, son of August Joseph and Mary Frances (Kaufmann) Hastert, was born on March 5, 1943, in Panama, Iowa. He attended St. Mary’s School in Panama through the ninth grade, and then began farming with his father. As a member of the National Guard, Joseph proudly served his country for six months during the Vietnam War.

On June 30, 1989, Joseph married Georgianna Hansen in Denison, Iowa. The couple made their home on a farm northwest of Panama.

Joseph was a member of St. Mary of the Assumption Catholic Church in Panama, Iowa. He enjoyed driving his convertible, listening to country music, watching country stars perform on PBS and attending local shows when he could. Joseph was affectionately known as “Teddy” to most everyone and had a great sense of humor. He was interested in all aspects of farming, and was especially intrigued by farming practices of years gone by.

Joseph was preceded in death by his parents; four brothers, August H. Hastert, George Hastert, Christopher Hastert, and Jacob Hastert; and one sister, Alice Esser. He is survived by his wife of 30 years, Georgianna Hastert of Panama, Iowa; one stepson, Brett Niles of Onawa, Iowa; two sisters, Anna Rueschenberg of Westphalia, Iowa, and Rita Finken of Harlan, Iowa; many nieces and nephews; and other relatives and friends