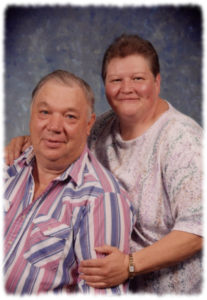 ~ A PRIVATE CELEBRATION OF LIFE SERVICE WILL BE HELD ~

Ty’s Obituary:
Tyrone “Ty” Omer Scheffler, son of Omer and Ruth (Krantz) Scheffler, was born on December 2, 1938, in rural Tennant, Iowa. He attended Tennant schools through the tenth grade and then began helping his grandfather on the farm. Upon the opening of Harlan Manufacturing in Harlan, Iowa, Ty began his 30-year career as a welder and fabricator for the company. He then worked as an over-the-road truck driver for nearly 20 years. In the early 1970s, Ty started a garbage hauling business; the business was eventually sold and became R&S Waste Systems of Defiance, Iowa.

On May 27, 1957, Ty married Karen Joan Olson. Although they later divorced, they remained the proud parents of five sons.

Ty built and raced stock cars during his younger years. He later enjoyed gardening and fishing. Time spent with his grandchildren and other family members was quite special to him.

Sandy was preceded in death by her parents; her significant other, Tyrone “Ty” Scheffler; one sister, Cheryl Lavely; and one nephew, Ryan Brown. She is survived by three sisters, Linda Wade of Bellevue, Nebraska, Janis (Bill) Holloway of Kirkman, Iowa, and Joyce Blok of Charles Town, West Virginia; one brother, Gary Brown of Harlan, Iowa; and many nieces, nephews, great-nieces, great-nephews, and great-great-nieces.