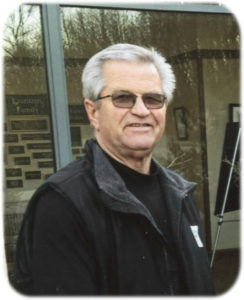 ~ NO SERVICES ARE CURRENTLY PLANNED ~

Doug worked for Squealer Feeds in Harlan, Iowa, for several years. He also farmed land northwest of Shelby most of his life. Most recently, from 2009-2019, Doug was an active owner of The Corn Crib restaurant in Shelby.

Doug was a member of the Methodist Church in Shelby. As a young man, he participated in various sports, and he continued to enjoy watching them on TV as he grew older. Doug was a caring and compassionate man who truly loved spending time with his family. He was an engaged resident of Shelby, where he served on many local, church, school, and community boards and committees.

Doug Robinson died on Sunday, March 22, 2020, at the University of Nebraska Medical Center in Omaha, Nebraska. He had reached the age of 72 years, 7 months, and 13 days.

The Burmeister-Johannsen Funeral Home in Harlan, Iowa, was in charge of the arrangements. Condolences may be left online at www.burmeisterjohannsen.com.