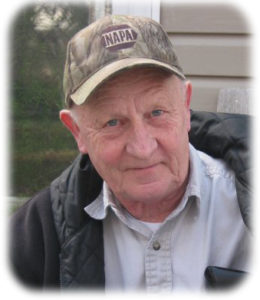 Ronald “Ron” Raymond Ellsworth, son of Robert Raymond and Gwendolyn Rose (Becker) Ellsworth, was born on September 7, 1943, in Bison, South Dakota. He attended and graduated from Armour, South Dakota. After pursuing secondary education in Sioux Falls, South Dakota, to become an x-ray technician, Ron moved to Harlan, Iowa, where he began working for Myrtue Medical Center. He was employed there for more than 25 years. Ron then worked on a portable MRI unit until his retirement in 2007.

On March 27, 1965, Ron married Peggy Jeannine Grundmeier at St. Michael’s Catholic Church in Harlan. The couple lived in a number of homes in Harlan, with the children growing up mainly in a house on 8th Street. They moved to their current home in Corley, Iowa, in 1990.

Ron was a member of St. Michael’s Catholic Church in Harlan. An active individual, Ron was often found doing landscaping and helping Peggy tend flowers in the garden. Ron liked fishing, spending time with friends, and watching the New York Yankees play baseball. He refinished furniture and could brew a good beer. Ron liked to welcome family and friends to his home, and also took pleasure in traveling to see them in places like Okoboji, Oregon, Maine, and Ireland.