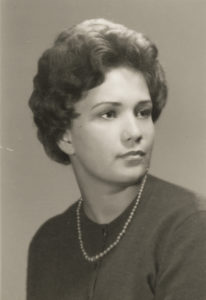 MEMORIALS MAY BE MADE TO
The Family of Jane Morrison
C/O Burmeister-Johannsen Funeral Home
1401 Garfield Avenue
Harlan, IA  51537

Jane and Clifford divorced in 1980, and in 1991, Jane moved to Council Bluffs, Iowa, where she worked at Target, and was a caregiver for Norma Novak of Omaha, Nebraska. In 2011, Jane returned to Harlan to retire and be close to family.

Later in life, Jane became a member of the Mormon Church. She enjoyed fishing at Prairie Rose Lake. While living in the Council Bluffs/Omaha area, Jane liked to swim. She was a caring and patient mother.

Jane A. Morrison died on Sunday, November 4, 2018, at Myrtue Medical Center in Harlan, Iowa. She had reached the age of 72 years and 8 months.