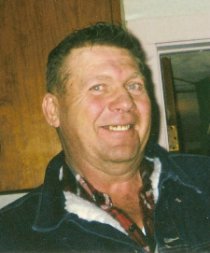 Dennis Arnold Randeris, the son of Arnold and Grace A. (Bartelson) Randeris, was born on February 12, 1948, in Audubon, Iowa. He was raised on a farm 1/4 mile west of Redline, Iowa. Dennis first attended country school, and then Kirkman and Irwin schools. He left school in the tenth grade to work on the farm and feed cattle with his father.

On March 18, 1967, Dennis married Patricia Lee Linderman at the Dow City (Iowa) Methodist Church. The couple farmed in both Shelby County and Audubon County. Dennis then worked for Emmerts Manufacturing in Audubon. After moving back to Shelby County, he worked for Wigness Machine, and then for Edwin Olson for 15 years.

Dennis enjoyed working in his well-equipped welding shop, which he had built up through the years. His passion was working to restore his three International “M” tractors; they were his pride and joy. Recently, Dennis had come to be known as the “Tootsie Roll Man” because he enjoyed sharing Tootsie Rolls with area children and friends.

Dennis was preceded in death by his parents, and two sons, Andy and Chris. He is survivied by his wife, Patricia Randeris of Jacksonville, Iowa; two sons, Mike Randeris of Glenwood, Iowa, and Ken Randeris (fiancée, Jessica Pleskac) of Missouri Valley, Iowa; one daughter, Valerie Randeris; one sister, Jane Patton; one brother, Gary (Paula) Randeris; two grandsons, Tyler Wilke and Nick “Hans” Randeris; nieces and nephews; and other relatives and friends.

After all, universities, recreation, the cost of living, peaceful community are really great. Of course, soundness is actually momentous. According to statistics, we often find Americans buy remedies online. There are varied beneficial medicaments obtainable without recipe. For instance you can purchase medications that fights bacteria. This type of drugs will not treat a viral infection for example a common flu. Unconditionally, you have to check with your physician to see whether one of these remedies is a appropriate choice for you. Cialis is a medicine used to treat various viruses. What do you know about cialis com free offer? What is the most significant information you must view about www.cialis.com free sample? Medicaments, the fact that, is going to improve your being. What are the symptoms of erectile dysfunction? There are more than 200 prescription medicines can cause erectile disfunction, including pop blood pressure drugs, hurt medications, and certain antidepressants. Ordinarily the treatment options may include sexual dysfunction medications or counseling. Generally medicaments like Cialis should be under repeated attention, especially regarding its interaction with other medications. Follow directions for use on your prescription label.