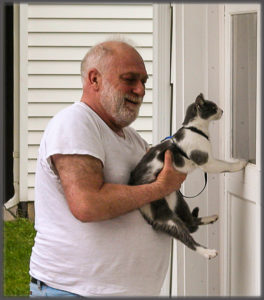 Lowell LaVerne Juhl was born on November 11, 1945, in Carroll, Iowa, to LaVerne Lowell and Lillian Elaine (Zaiger) Juhl. He was the first of five children who worked on the family farm in Irwin, Iowa, which is where his love of machinery began. Lowell attended Irwin High School in Irwin. He continued his education at Nebraska Christian College in Norfolk, Nebraska; during this time, he also attended Automotive Technical Training.

Lowell was a truck driver for more than 45 years. He was a Boy Scout Master and District Commissioner for seven years. Lowell also owned and operated A-1 Plastering for seven years before returning to his first love, truck driving. He was happiest when driving down the open road.

Lowell attended Christ’s Church in Harlan, Iowa, where he was an active board member, serving for almost ten years.

The memorial service was held on Saturday, September 10, 2016, at Burmeister-Johannsen Funeral Home in Harlan, Iowa, with Pastor Brian Taylor of Christ’s Church, Harlan, officiating. Donna Sorensen served as the organist. Burial of ashes was held in the Harlan Cemetery, Harlan, Iowa. The Burmeister-Johannsen Funeral Home in Harlan, Iowa, was in charge of the arrangements. Condolences may be left online at www.burmeisterjohannsen.com.