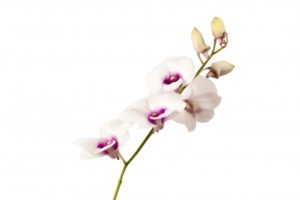 VISITATION DETAILS
No visitation will be held prior to the Graveside Service.

Lois Jane Petersen, the daughter of Fred and Margaret (Davis) Ingwers, was born on December 18, 1934, in Corley, Iowa. She attended Harlan (Iowa) schools, and graduated from Harlan High School. After graduation, Lois worked several jobs while living in Chicago, Illinois, Denver, Colorado, and Omaha, Nebraska. In 2004, she moved to Logan, Iowa, to be close to her son.

Lois valued her time alone and took advantage of it. She was a great homemaker who especially liked to bake and cook good meals for her family. Lois had a green thumb and raised many plants and flowers; for several years while living in Omaha, she cultivated plants and sold them for Osco Drug. Lois also enjoyed crocheting, and made blankets and sweaters for family and friends.

Lois was preceded in death by her parents, and two brothers, Freddie Ingwers and Norman Ingwers. She is survived by one son, Todd (Donna) Sappenfield of Logan, Iowa; three grandchildren, Matthew (Crissy) Ladd of McCook, Nebraska, Carrie (Paul) Bell of Logan, Iowa, and Jason Winchester of Missouri Valley, Iowa; ten great-grandchildren; and other relatives and friends.

The graveside service and burial was held on Thursday, July 21, 2016, at the Harlan Cemetery, Harlan, Iowa, with Pastor Phillip Nielsen of Immanuel Lutheran Church, Harlan, Iowa, officiating. The Burmeister-Johannsen Funeral Home in Harlan, Iowa, was in charge of the arrangements. Condolences may be left online at www.burmeisterjohannsen.com.

“Orchid On White Background” Image courtesy of sriharun at FreeDigitalPhotos.net