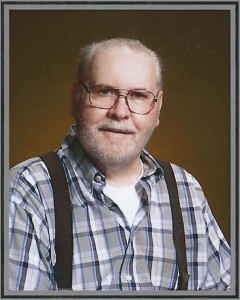 Kenneth Dale Schafer, son of Frank Walter and Carolyn (Smith) Schafer, was born on March 28, 1935, on the family farm near Persia, Iowa. He grew up on that farm and graduated from Persia High School in 1952, where he played baseball. In March 1954, Kenny married Doris Mae Butt; the couple later divorced. He married Marjorie Ann Domino on September 17, 1960, in Fremont, Nebraska. For a number of years, Kenny worked as a cab driver and at the U.S. Post Office in the Omaha, Nebraska, area.

Most of Kenny’s working years were spent as an over-the-road truck driver. From 1976-85, he owned a bar in Plattsmouth, Nebraska. In 1989, Kenny and Marge retired to Earling, where he drove a school bus for the Harlan Community School District. Marge died on March 28, 2000, in Omaha. Kenny then married Edna Langenfeld Finken on November 29, 2003, in Earling, Iowa.

Kenny was a member of St. Joseph Catholic Church in Earling, Iowa, and the Eagles Club in Plattsmouth, Nebraska. During the late 1960s, he served as a Boy Scout leader. He enjoyed sports, and was an avid Nebraska football fan. Kenny also liked to hunt and fish, play Bingo, and do woodworking in his garage.