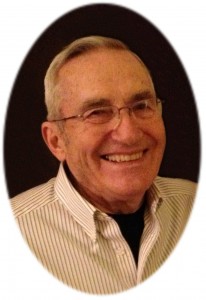 Robert “Bob” Dale Ahrenholtz, son of Henry Lee and Nora Maude (Cox) Ahrenholtz, was born on February 10, 1935, in Defiance, Iowa. He attended school there through the sixth grade and then attended Irwin (Iowa) schools; he graduated from Irwin High School in 1953. On June 3, 1956, Bob married Marjorie Mae Campbell at St. Paul’s Lutheran Church in Irwin. Bob worked as a farm laborer before doing auto body work at Harlan Ford in Harlan, Iowa, from 1957-66. He then became a foreman for G.A. Findley, Inc., in Harlan, and worked there from 1966-80. In 1980, Bob began farming and also became Transportation Director for the Harlan Community School District, where he worked until his retirement in 1997.

Bob was a member of Immanuel Lutheran Church in Harlan, Iowa. He was an avid fisherman and hunter, and also enjoyed collecting and polishing rocks. Bob had a dry and sometimes sarcastic sense of humor, which he shared with his friends during coffeetime. His family was of great importance to him, and he treasured the time he spent with them.

Robert D. Ahrenholtz died on Tuesday, February 25, 2014, at the Nebraska Medical Center in Omaha, Nebraska, at the age of 79 years and 15 days.