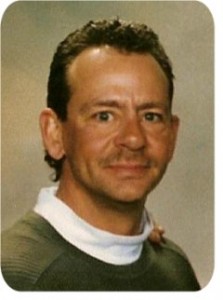 Anthony “Tony” Daniel Weis, the son of Robert Joseph and Ruth Ann (Schaben) Weis, was born on December 15, 1962, in Harlan, Iowa. He attended St. Paul’s Catholic School in Defiance, Iowa, and St. Boniface Catholic School in Westphalia, Iowa, and graduated from Harlan Community High School in 1981. Immediately following graduation, Tony began working at the Dubuque Packing Plant in Denison, Iowa. At the age of 21, he moved to Colorado where he worked as a steel worker, building high-rise buildings. Most recently, Tony had worked as a carpenter.

A fun-loving man, Tony was kind and gentle. While growing up, Tony found time to do beekeeping and enjoyed spending time fishing and trapping with his brothers. He also played baseball and boxed in Golden Gloves competitions. During high school, he was named Iowa/Nebraska Most Promising Boxer. After moving to Denver, Colorado, Tony was a member of the Immaculate Conception Catholic Church. He was also a member of the Steel Workers Union. He enjoyed traveling and loved the Rocky Mountains.

Tony D. Weis died on Saturday, September 15, 2012, at St. Anthony Hospital in Westminster, Colorado, at the age of 49 years and 9 months.