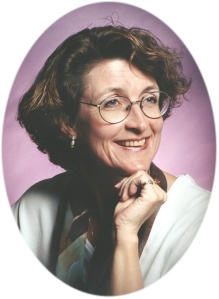 Kathryn Von Bora Pennell, the daughter of Charles William and Ruby Kathryn (Michel) Wall, was born on November 22, 1954, in Denver, Colorado. Her parents’ marriage ended in divorce, and on August 18, 1962, her mother, Ruby, married Virgil Eugene Carter in Harlan, Iowa. Virgil adopted Ruby’s children and helped raise them as his own. Kathryn graduated from Irwin (Iowa) High School in 1973, and attended Iowa State University, graduating in 1978. Kathryn moved to Phoenix, Arizona, where she worked as a professional seamstress making custom clothing. Her work was well known, and her creations were worn at many prominent social gatherings.

Kathryn was devout Catholic who was active in her Church. She enjoyed playing tennis and was involved with local tennis clubs.

Kathryn Pennell died on Friday, December 19, 2008, at the Paradise Valley Hospital in Phoenix, Arizona, at the age of 54 years and 27 days.

Kathryn was preceded in death by her father and one niece, Dena Carter. She is survived by her parents, Ruby and Virgil Carter of Manilla, Iowa; two brothers, Michel Carter of Irwin, Iowa, and William and his wife Kathleen Carter of Manilla; nieces and nephews, and other relatives and friends.

Memorial services were held on Saturday, January 31, 2009, at the Burmeister-Johannsen Funeral Home in Harlan, Iowa, with Father Jim Dubert of Sacred Heart Church, Rockwell, Iowa, officiating. Ruth Ann Barry served as the organist. Burial of ashes was in the Oak Hill Cemetery in Irwin, Iowa. The Burmeister-Johannsen Funeral Home in Harlan was in charge of the arrangements. Condolences may be left online at www.burmeisterjohannsen.com.