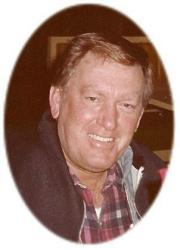 Franklin “Fraz” Christian Rasmussen, the son of Hans Christian and Lula (Boeck) Rasmussen, was born on January 16, 1934, in Harlan, Iowa. Franklin was baptized and confirmed at Immanuel Lutheran Church in Harlan. He attended Elementary and High School in Harlan, graduating in 1952.

In 1953, Franklin enlisted in the Marine Corps; he was discharged in 1956. He returned home to help his father with the family business, the Harlan Cement Works. Franklin purchased the business from his father when he retired. In 2000, Franklin’s son, Mark, who had worked at the Cement Works since age 14, purchased the business from his father. In the 1980’s, Franklin and Bill Brower worked together to build homes in the Harlan area.

In 1957, Franklin was married to Doris Dalrymple. Two children, Mark and Erik, were born to this union. On January 21, 1989, Franklin married Donna Marie Williams at the Little Brown Church in Nashua, Iowa.

Franklin was a member of Immanuel Lutheran Church in Harlan, where he had served as treasurer. He was also active with the Boy Scouts. Franklin, along with Ed Swank and Jerry Lytle, founded Concerned, Inc. in Harlan. This service began in a small house on Eighth Street in Harlan. It was later relocated to a new building on Willow Street, and now is located on Industrial Parkway. He loved to fish in Missouri and Canada, and enjoyed traveling with Donna.