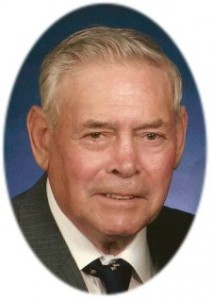 Maurice Eugene Miller was born on June 22, 1930, near Hancock, Iowa, the son of Glenn and Hazel (Taylor) Miller. He graduated from Oakland (Iowa) High School in 1947 and served in the U.S. Army during the Korean War.

On January 31, 1953, he married Hazel Jacobsen in Avoca, Iowa. They lived on her family farm east of Hancock for over 50 years. His lifelong passion for trains, as well as his hobby of model railroading, grew while on the farm along the Rock Island / Iowa Interstate Railroad.

Maurice was a member of Trinity Lutheran Church in Avoca, the Scheffler Hildebrand American Legion Post #720 in Hancock, a member of the Korean War Veterans Association and various model railroading clubs.

Along with farming, Maurice was employed with the ASCS and the Iowa Crop Association, as well as his personal business of Railand Hobbies.